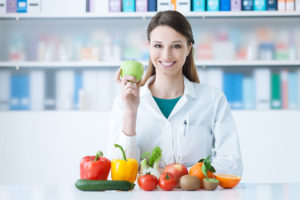 Mannose is another monosaccharide found in whole fruits and vegetables.  Involved in the body’s immune response, mannose is an especially important sugar to include in an optimally preventative diet.

Mannose is used by the body for two notable processes.  When the body is attacked by harmful bacteria, its immune system has several levels of defense.  The first level of defense is the prevention of infection.  Mannose helps prevent infection by binding itself to the bacteria cell’s surfaces.  In so doing, it hinders the bacteria from binding to the body’s cells.   Another level of defense is the production of cells which attack and destroy bacteria and remove the debris.  These important cells, called macrophages, are activated partially by mannose.  When bacteria are destroyed and debris is removed from the cells, tissue inflammation decreases, and the body heals and returns to normal status.

Mannose is easily included in an optimal food  plan.  The richest source of mannose is the aloe vera plant.  This lush green herb has been mentioned in literature for over 5000 years to have healing properties.  The inner leaf gel can easily be added to drinks or smoothies.  Mannose is also found in black and red currants, cranberries, gooseberries, soybeans, green beans, cayenne pepper, cabbage, eggplant, tomatoes, turnips, shitake mushrooms, and kelp.   Fenugreek contains mannose, and thus is also known for decreasing inflammation.

Here is a super-simple recipe for using aloe vera:  Place the 2 tbsp (30ml) of clear Aloe Vera gel into a blender. Add to the blender 1 cup (8oz) of any citrus-based juice or the fruit itself without the rind, for a thicker consistency, such as orange or grapefruit. Blend together until it has a smooth appearance. Pour the blended juice or smoothie into a glass and enjoy!